Born in the state of Rio Grande do Sul, in the south of Brazil, she initiated her acting studies at the early age of 15.  At the age of 22, she obtained a B.A. in theater at the University of Rio Grande do Sul. After graduation, she moved to São Paulo, where she lived for 5 years, and studied acting for fim. There, she worked in several feature films, shorts, TV seires and commercials. She moved to the U.S. in 2007 and resides in Los Angeles, California.

Originally from Rio de Janeiro, Brazil, but has made Los Angeles his home since the beginning of 1987. After studying music at Villa-Lobos Conservatory, Calouste Gulbekian and Arte Música, in Rio, he came to Hollywood to study guitar at the world-renowned Musicians Institute.  Acting being another passion of his, he studied theater at the acclaimed Larry Moss Studio, in Santa Monica, California. He has acted in independent films shown on Netflix and Blockbuster, including opposite of the legendary David Carradine, in the TV soap opera The young and the Restless and has a considerable amount of credits doing voice-overs, dubbings and ADRs for films, TV shows, commercials and corporate videos, along with directing them. The love of storytelling, collaborating with great talents, camera work and all the technical aspects of filmmaking led him to start writing scripts, directing and editing.

studied with Larry Moss in Los Angeles from 1996-1997; also studied with Cliff Osmond, Mark Monroe, Richard Seyd and Shari Carlson in San Francisco and in NYC he studied with Deborah Headwall and Terry Schreiber.  David has taken workshops with Patsh Rodenburg and Tim Phillips, and taugh movement for actors at the Neighborhood Playhouse in NYC, 2001-2001. He has worked in independent films with Alfre Woodward and Bejamin Bratt, has had several co-starring roles on television and has done theater at the Hudson Theater in Hollywood and at the Odyssey Theaters in West Los Angeles. David  was formerly a soloist with Martha Graham Dance Company.

Actor and an internationally awarded voice artist. Miler has worked in major productions like "Woman on Top" (Fox Searchlight), with Penelope Cruz, in the 3D animation "Rio" (20th Century Fox) and on "Touch", series produced by Kiefer Sutherland (Fox). MIlder has also voiced countless awarded commercials, movies and documentaries in Portuguese and in English, such as "Pele Forever" (Universal). He was nominated best actor in the Atlantic City Cinefest for the short "Stuffed".

Tess grew up in Los Altos, California. Her first acting role was playing a tree in a school play. She studied drama in high school, and continued to pursue theater in College at UC Santa Cruz. She left UC Santa Cruz after two years and moved to Paris, where she went to the Alliance Française and learned French. She tutored and ate lots of yummy food and then she moved back to Los Angeles to pursue acting professionally. She hopes that one day she will be rich enough to hire someone to write her bios for her.

Anthony arrived in Los Angeles from Australia in 2007 to pursue a dream of acting in Hollywood. After a career as a Detective Sergeant in the Victoria Police, he began to explore acting and later, writing. From small roles on Australian TV and film, he took the plunge and L.A. became his home. After a year of study at TVI studios, then obtaining a working visa, he has since performed on Bold and the Beautiful and movies such as Airline Disaster, Mega Piranha and Charley Valentine. He also performed in the Off Broadway musical theater show Miserable Lesbians.

Marlyn was born and raised in Paris, France. She has been performing in entertainment since she was 4 years old. She studied and performed acting on stages, films and has sung (in different groups) throughout many cities and countries, as well as in Paris, New York City, Los Angeles and Hawaii; places where she also resided for many years. She has learned a few languages and enjoys practicing the piano, guitar and is learning how to play the cavaquinho.

Inga was born in Russia. Practicing Taekwon-Do since she was 11, she became an international instructor, the captain of the Russian National Taekwon-Do team and the Russian Champion 7 years in a row, 5 times European champion and World champion. She has participated in several martial arts television shows. In 1998, Inga moved to Belgium and became the president of the Belgian Taekwon-Do Federation. In 2005, she moved to Los Angeles, where she attended Lee Strasberg acting school an ACT acting on camera. Inga is also a graduate of the Los Angeles Film School.

Elena was born in St. Petersburg, Russia, but feels right at home in Hollywood. She works in commercials, music videos, TV and film. She does voice over work both in English and in Russian. She has also produced several experimental films. Elena started acting at the age of 10, her first role being Puss in Boots in a theatrical production. She loved being chased by the lion on stage, which made her realize how much fun acting is. She has traveled the world and experienced different cultures. She speaks several languages and writes for a Los Angeles Russian newspaper. She plays piano and studies classical ballet. 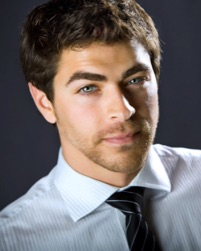 Justin hails from Bismarck, North Dakota. He studied theater at the Minnesota State University and moved to Los Angeles to pursue acting in films.

Arye was born and raised in São Paulo, Brazil, but moved to Tampa, Florida when she was 11. She has been doing commercials and TV shows in Brazil since the age of 4 and by 10 years old had her own recording contract and CD in Brazil. Since entering the U.S., Arye has been part of over 28 musicals and plays. She studied theater at one of the most prestigious schools in São Paulo - Celia Elena Theater School. She also studied theater, dance and music at the University of South Florida. After moving to California, Arye has acted in several commercials and independent films. She has studied improv at the Groundlings School in Hollywood and technique & scene study classes at Joane Baron/DW Brown in Santa Monica, CA.  Arye is excited to be getting back into film and TV, where she originally started her career.

Giselle is from São Paulo, Brazil. She worked as a model and actress from her teens to the age of 25, doing both theater and TV. She has worked in TV shows in the two major networks in Brazil, Globo and Record. Then, she decided to pursue a career in journalism. After graduating college, she worked as an entertainment correspondent for a couple of well-known magazines and one of the major TV stations (Band TV), in Brazil. For the latter, she has done live coverage of the Oscars, from Los Angeles, where she now resides. Taking a step further in her career, she acquired an MBA in Southern California.

Zoe was born in Southern California. She takes piano lessons and has taken soccer and hip hop classes. She loves painting, drawing and ceramics. This is the first time she brings her angelical face to the screen.

Christopher was born in Troy, New York. He studied music at the Schenectady County Community College.  Studied acting at VSCA and at Van Mar Academy.  He served in the U.S. Navy for 5 years. He has worked on many TV shows such as Glee, Arrested Development, Justified and Community. He is a member of Petit Players, that perform for various charity organizations such as City of Hope and the Humane Society.

He's a stunt performer and an actor.

Born in Ceará, Brazil and now lives in the U.S. She has studied acting with Vincent Chase, in Los Angeles. She won a Miss Brazil-U.S.A. pageant in Orlando, Florida, which has led her to become as spokesperson and model. Singing is aother one of her talents. She has studied with Seth Riggs, and has fronted a few bands and done numerous shows, both in the U.S. and in Brazil. Being always involved with sports and martial arts, she trained Brazilian Jiu-Jitsu with the Machado brothers, kickboxing and boxing, which led her to host the TV show Planet X. 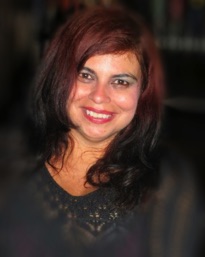 Raquel is an actress, comedian and the host of the show Married to the Music. She has a B.A. in performing arts from UniverCidade, in Rio de Janeiro, brazil, and after moving to Los Angeles, she studied theater, improv at the Groundlings and TV hosting with Jonathan Novack. Raquel has been working in several independent productions and as a voice-over artist in feature films. She lives in Hollywood, CA, where she also works as a yoga therapist and photographer.